Haskell number system in one picture

As part of an introduction into the number systems of Haskell 98, I drew an overview in an attempt to capture the chaos. Later on, I gave up on the text, but the picture might still be a useful reference for some programmers. I think, that all mathematical functions are present, for the string conversions (in particular the Show and Read type class and the converters from the Numeric module), I drew a different picture.

Note, that the following PNG image became quite distorted when it was generated from the LaTeX source. But the proper version is available as a PDF or the PostScript file. 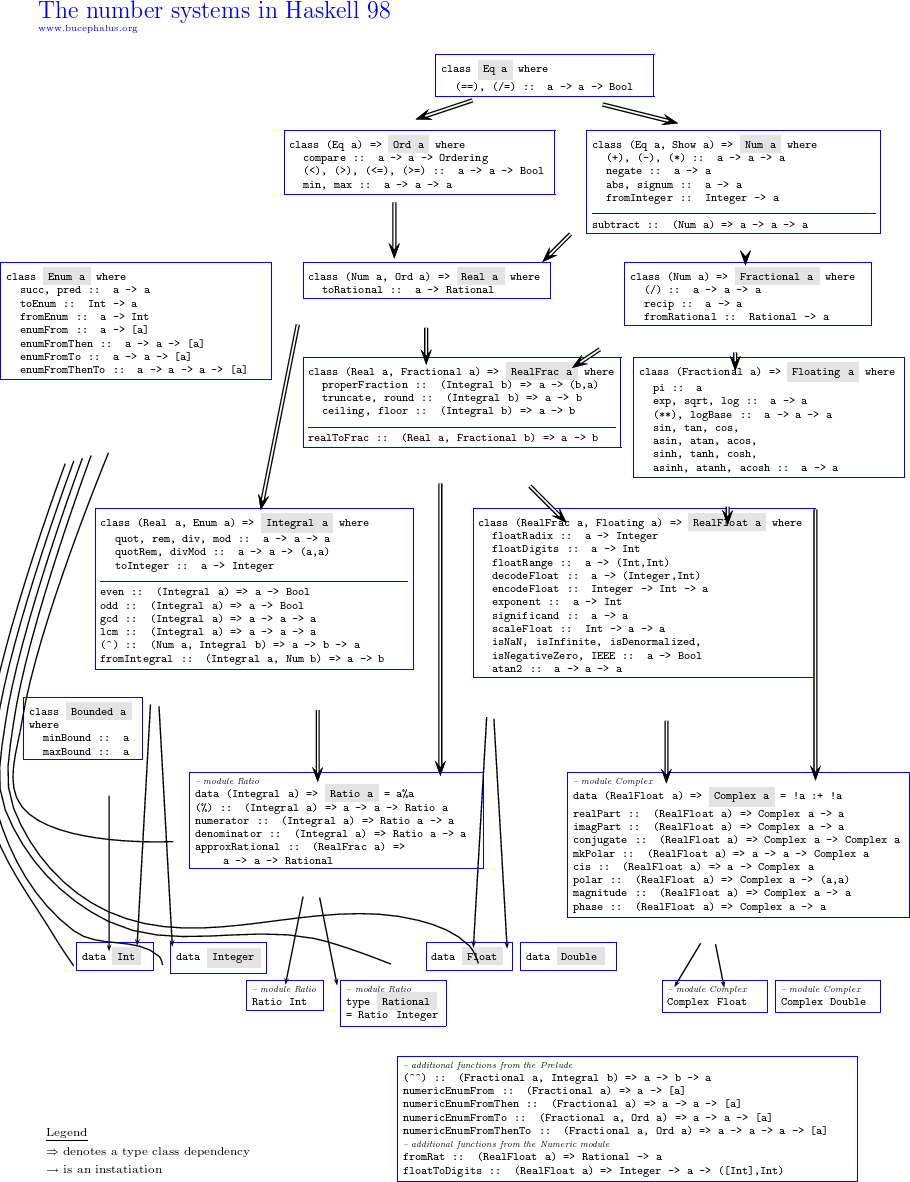 After having designed several PHP versions to increase the interactivity of bucephalus.org, I decided to use the existing infrastructure of blogger.com. Thank you.
Posted by bucephalus at 12:38 PM No comments: